A deadly beast that might be the size of a speck but poses a threat to more than half the world’s population. This predator, your not so friendly neighbour, is the mosquito that causes so much menace around the world. They are the cause for the spread of many vector-borne diseases such as Dengue, Malaria, Yellow Fever, Chikungunya, Zika, and many more and have caused great losses to humanity.

Even with the progress of science and technology that has taken place, mosquitoes take almost 2.7 million lives every year. In the last 30 years, the worldwide incidence of dengue has risen 30-fold. Additionally, more countries have recently reported the outbreaks of Dengue. While the incidence of diseases caused by Aedes aegyptus mosquito continues to rise; the worldwide cases of Malaria has finally reached a stagnation point with just a slight increase in the last 3 years. 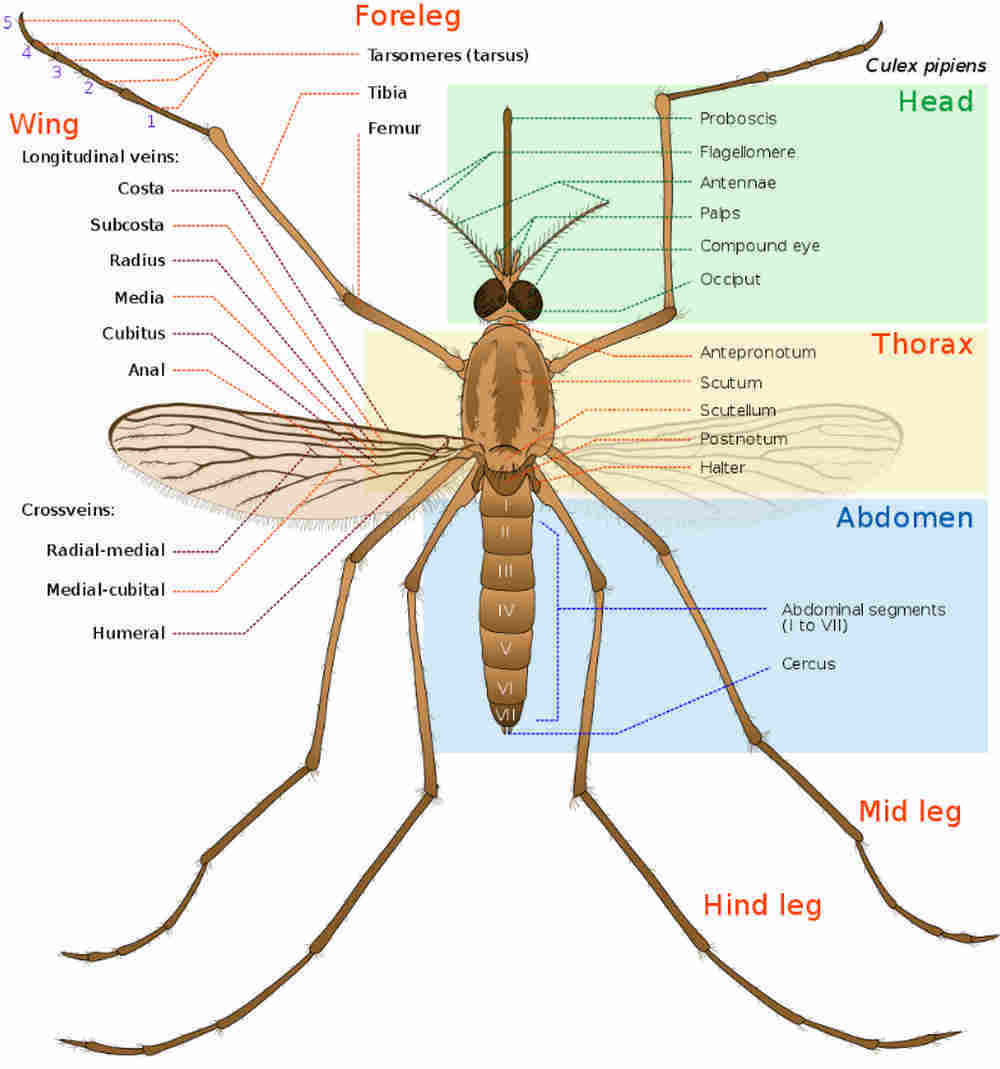 Illustration showing the anatomy of a mosquito

Another infestation causing mosquito is Culex that is infamous for spreading diseases like West Nile Fever, which has affected more than 90 percent of the US and Japan with Encephalitis.

Mosquitoes have been in existence much longer than human beings and they still continue to exist in quadrillions. In India alone, there are 400 species of mosquitoes and all of them happen to be carriers of diseases. There are as many as 3500 species across the world.

Mosquitoes were first discovered as a cause of a serious disease in 1897 by Sir Donald Ross when he discovered that the female anopheles was transmitting a disease called Malaria to the cattle and humans. During the post-independence era in India, a staggering 75 million cases of Malaria, which was nearly 25 percent of the population at that time, were reported and resulted in some 800,000 deaths. During the ‘Eradication Era,’ the cases reduced to 64,000 in the 1960s. However, the disease re-emerged in the 90s with almost 3 million cases of Malaria. This on and off tryst with the disease has now come to a point where the cases of this disease have halved in number and the health authorities are planning to completely wipe out Malaria by 2030. However, just when we thought that we had the mosquito menace under control, a new species of mosquito – ‘Aedes aegypti’, started spreading vector-borne diseases. New diseases and geographies have emerged since then. Unlike the female anopheles that feeds in the night time, the female Aedes aegypti feeds during the day time even in the confines of our homes. They spread deadly diseases such as – Dengue, Yellow Fever, Zika, and Chikungunya. While some of these, such as Dengue, can take lives; others such as Chikungunya can cause prolonged disability due to joint pains or serious congenital anomaly in the newborn when they occur in pregnant ladies.

Did you know that it is only the female mosquitoes that require a blood meal and they have a liking for O blood type?

Malaria, Dengue, and Chikungunya are among the greatest vector-borne threats to the people in India. Managing the cases of these diseases can be quite a challenge due to various reasons. Some of those reasons are – Climate change, increasing population, rapid urbanization, lack of disposal system, and lack of public awareness and sanitization. However, health authorities have been prompt and somewhat effective in managing these threats.

Government steps to tackle the menace

The health authorities in India kick-started initiatives such as National Vector Borne Disease Control Program (NVBDCP), National Malaria Control Program (NMCP) long ago to combat the effects of the aforementioned vector-borne diseases by managing the disease and controlling the vector mosquitoes. The two broad strategies followed by these programs are containing the bad effects of the disease and stopping their transmission by control or elimination of the vector: mosquito.

A) Disease Detection and Treatment Strategy

Various Initiatives have been taken to educate and sanitize the people about the criticalities of Malaria and the mosquitoes carrying it. The public education programs have reached even the remotest corners of the rural population. A worker sprays insecticide for mosquitos at a village. Image credit: REUTERS/Athit Perawongmetha

The health authorities provide free bed-nets and dengue kits to hospitals and labs during the high-impact season.

Preventing mosquito-borne diseases by Integrated Vector Management (IVM) is a method wherein the larval and adult surveys are carried out to detect the mosquito population so that effective measures can be taken to prevent the infestation. Then the vector mosquitoes and breeding mosquitoes are eradicated to control the disease from spreading.

Some more developments are being made in biotechnology that can prove to be rather useful in controlling the vector mosquitoes. Mosquito-borne diseases can be life-threatening. So on the occasion of World Mosquito Day, let’s band against this predator to stop the long-running menace and destruction.

The author is a Senior Consultant to the Medical Team at docprime.com

Translating... Senior lawyer Indira Jaising has urged the mother of the December 16, 2012, gang rape victim to pardon the four men who are on...

Translating... The number of people infected by a mystery SARS-like virus that has killed two people in China is likely hundreds more than officially reported,...
All 1850 Articles