will be reuniting with the third installment of ‘Dabangg’ franchise. The duo has been busy with the promotions of the film and left no stones unturned to reach out to the audience.

Ahead of the release, the makers hosted a special screening of the film for their near and dear ones. It was attended by a lot of celebs which also included Salman and Sonakshi.

The actor made a super-stylish appearance in a black leather jacket with a white t-shirt underneath and blue ripped denim while Sonakshi looked pretty in multi-coloured ensemble with a long shrug over it. The duo even posed together as the paparazzi clicked their pictures. Sona was happy and greeted the superstar with a hug. We have already amazing onscreen chemistry but at the event, we also witnessed their offscreen bond.

Check out the pictures here: 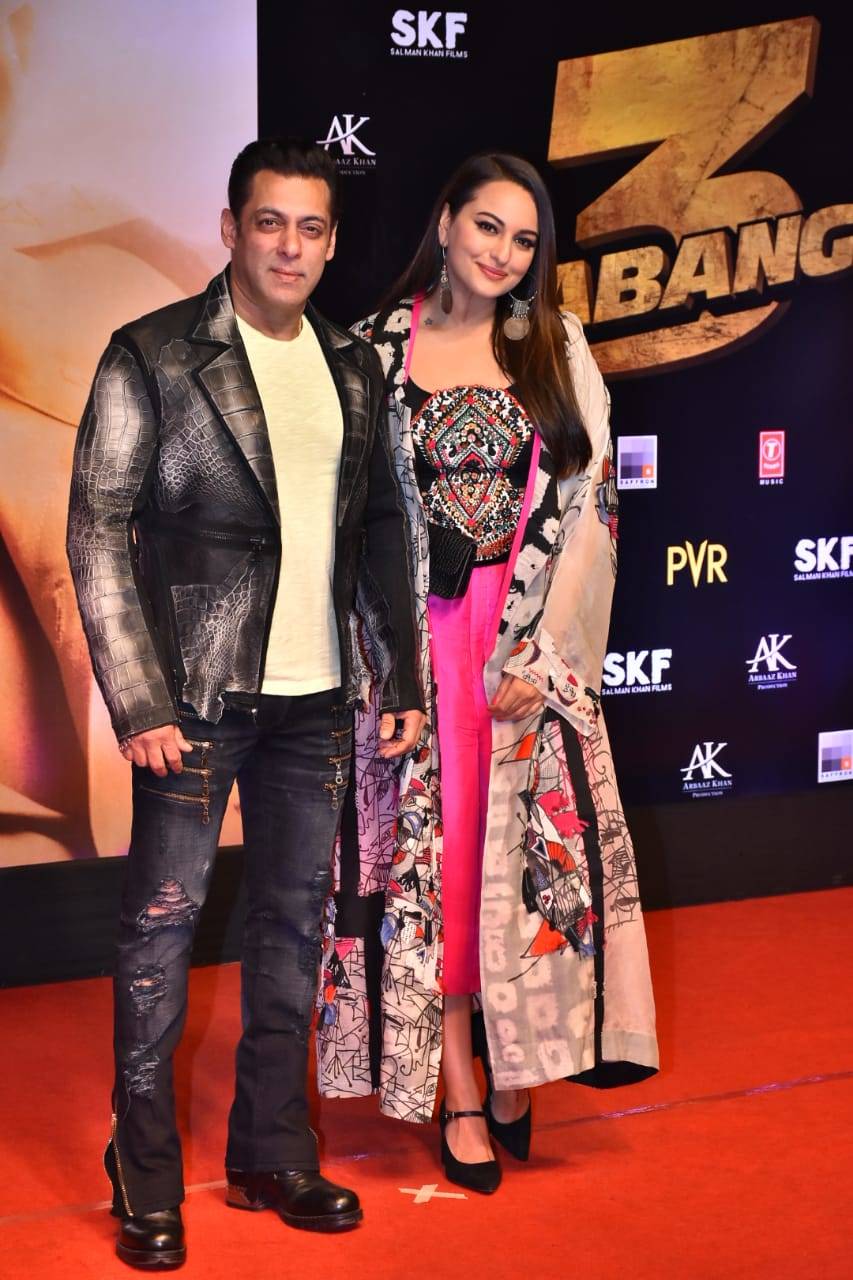 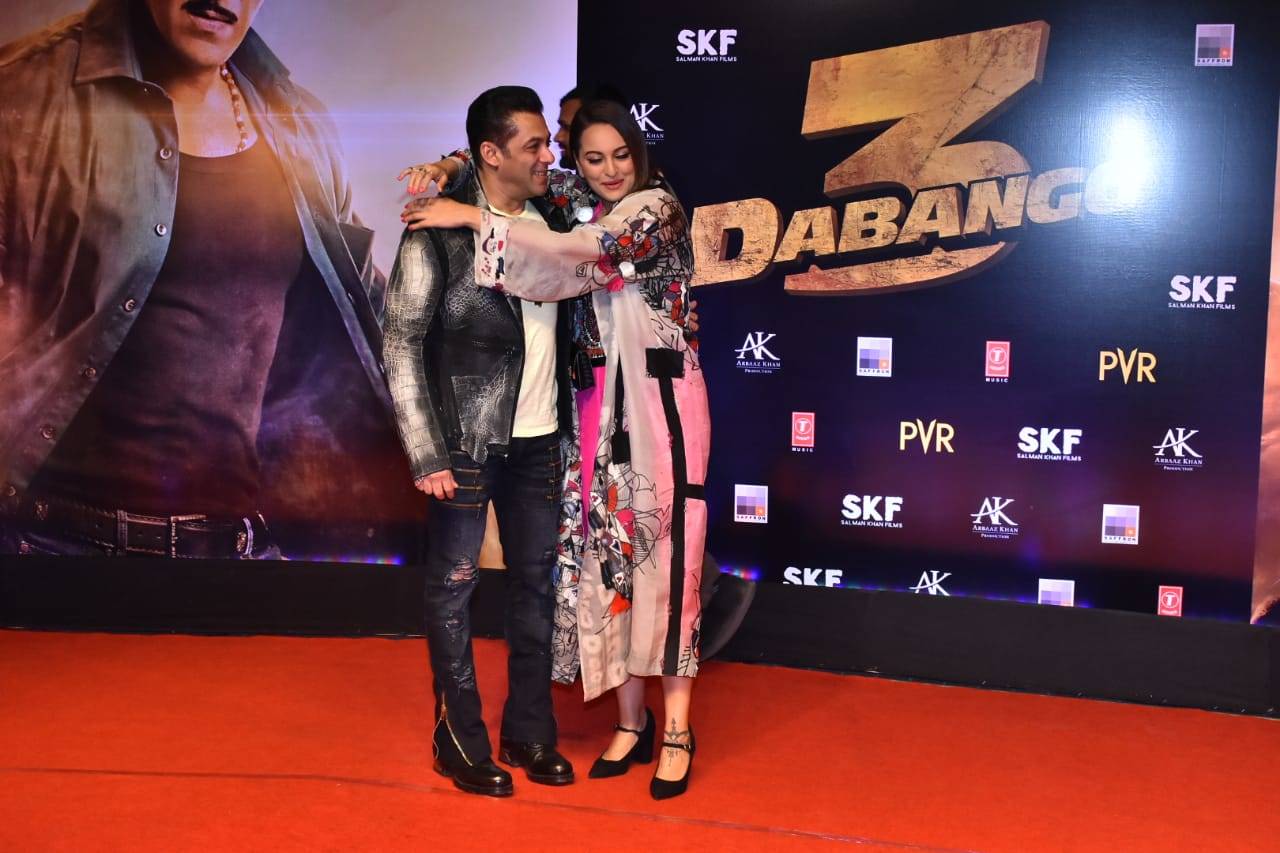 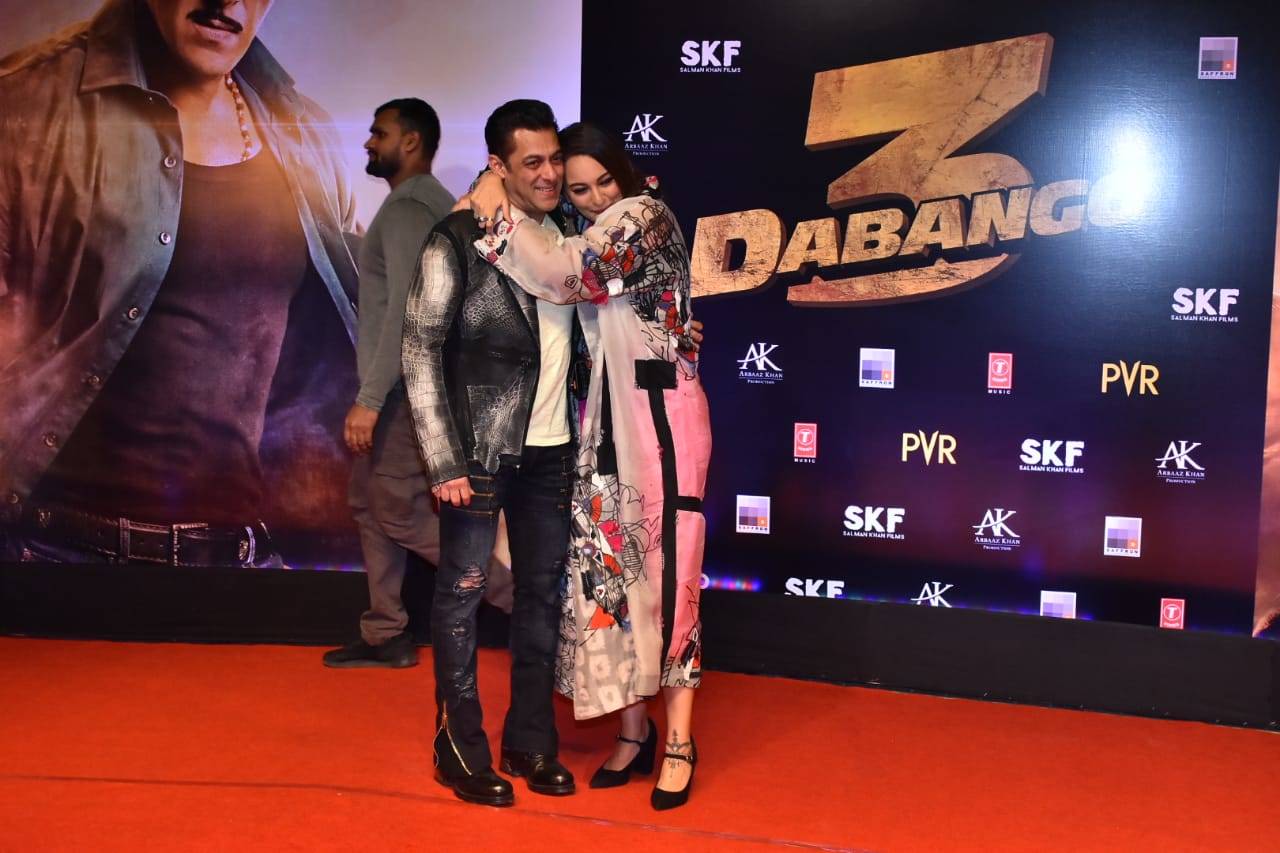 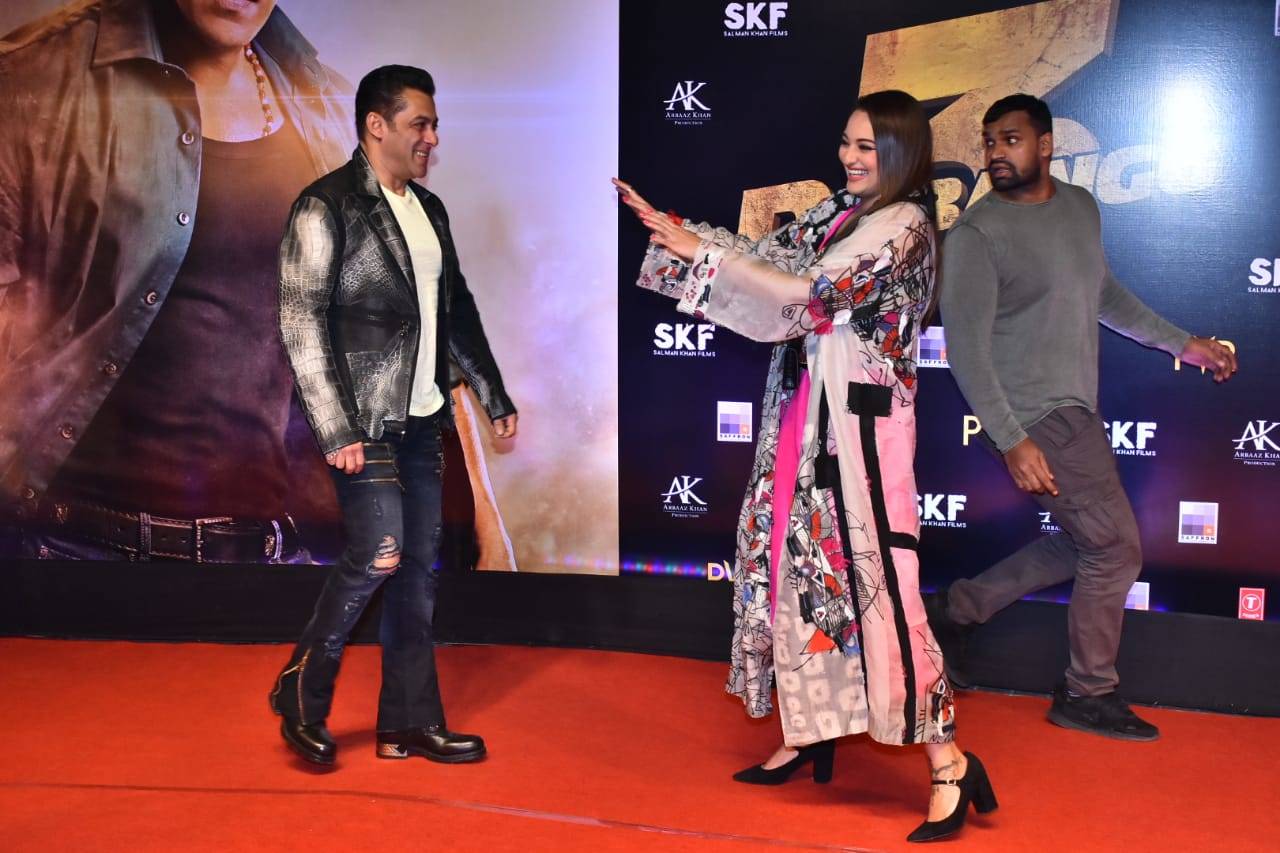 Meanwhile, in the film, Sonakshi will be back in Rajjo avatar while Salman as Chulbul aka Robinhood Pandey. South star

will be playing the role of an antagonist in the film.

will hit the theatres on December 20.