When you feel cold, Prateek Kuhad’s music could probably keep you warm. In less than 100 words, his music makes you feel emotions you didn’t know music could stir up.

And anybody who listens to his music, perhaps feels the same, even former United States President, Barack Obama.

Barack Obama who shares his annual list of favorites, recently took to sharing his favorite list of music.

Sharing the list on Twitter, Obama wrote how he hopes there’s a track or two there that ‘does the trick.’

“From hip-hop to country to The Boss, here are my songs of the year. If you’re looking for something to keep you company on a long drive or help you turn up a workout, I hope there’s a track or two in here that does the trick.”

From hip-hop to country to The Boss, here are my songs of the year. If you’re looking for something to keep you company on a long drive or help you turn up a workout, I hope there’s a track or two in here that does the trick. pic.twitter.com/mQ2VssyDwt

American artists like Lizzo, Beyonce, Solange and Frank Ocean also made it to Obama’s list, but hidden betweeen them was a single artist from India – Prateek Kuhad!

Prateek Kuhad who has recently been gaining popularity and fame for his music with ‘cold/mess’ which went viral after its release in 2018, has moved from playing single-stage music at indie concerts like Weekender, to hosting his own full-fledged world-wide concert tours, has quickly become a favorite.

As soon as the list was posted on his Twitter, Americans furiously started searching for ‘Prateek Kuhad’ on Google, to find out more about this artist. 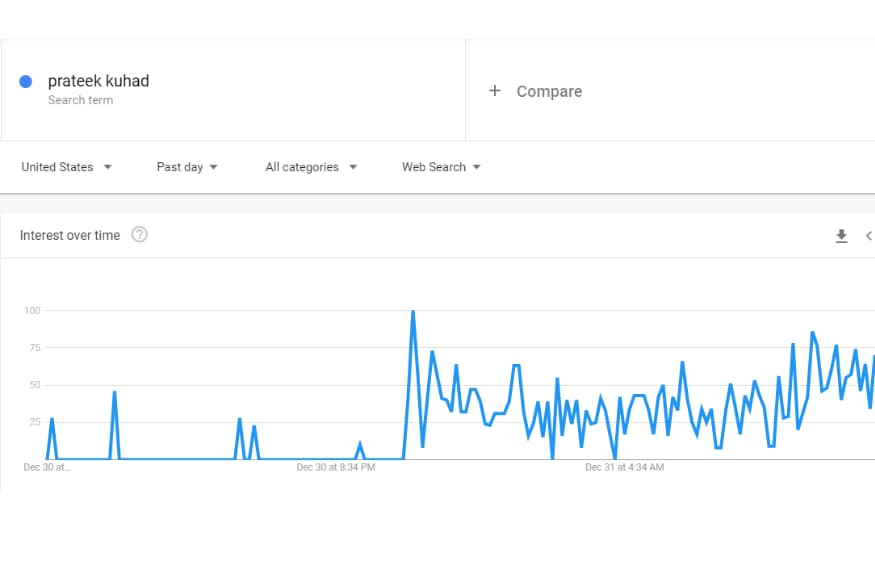 After the list came out, Prateek Kuhad reposted it on his official Facebook page, sharing what an honor it was.

“This just happened and I don’t think I’ll sleep tonight. Totally flipping out. I have no idea how cold/mess even reached him but thank you @barackobama, thank you universe 🙂 I didn’t think 2019 could’ve gotten better, but damn was I wrong. What an honour.”